Home/Liliuokalani, The Last Queen of Hawaii
Previous Next 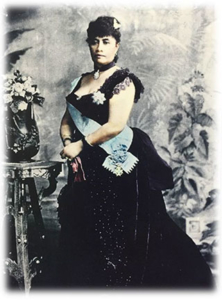 “Never cease to act because you fear you may fail.”  This is one of the many famous quotes of the first and only Hawaiian queen who ruled the kingdom of Hawaii, Liliuokalani, The Last Queen of Hawaii.

A Queen was Born

September 2, 1838 in Honolulu, on the island of Oʻahu, the kingdom of Hawaii, Liliʻuokalani was born. She was given the birth name Liliʻu Loloku Walania Kamakaʻeha, then assumed the name Liliuokalani when she became heir apparent to the throne. Upon her baptism by Reverend Levi Chamberlain, a missionary, teacher, and agent for the American Board of Commissioners for Foreign Missions’ Sandwich Islands Mission, she was given a Christian name Lydia.

According to sources, Hawaiian names were genderless and often changed as people and their situations changed. Like for example, Hawaii’s last queen was born Lydia Liliu Loloku Walania Kamakaeha— “liliʻu (smarting), loloku(tearful), walania (burning pain) and kamakaʻeha (painful eye”)— in reference to the eye problem of the revered queen regent, Kinau. As a child, she was called by her Christian name, Lydia. Then, in 1877, when her brother, King David Kalakaua, appointed her as heir apparent to the throne, he modified her name Liliu to the more prestigious Liliuokalani— “okalani” meaning “of the heavens,” as an indication of royal status.

Liliuokalani descended from the generations of chiefs venerated by the Hawaiians as Gods. She was a member of a high-ranking Hawaiian family. Her biological parents Analea Keohokālole and Caesar Kapaʻakea descended from Keaweaheulu and Kameʻeiamoku. Keaweaheulu Kaluaʻapana was a Hawaiian high chief and maternal great-grandfather of King Kalākaua and Queen Liliʻuokalani. Kameʻeiamoku was a Hawaiian high chief and the Counselor of State to King Kamehameha I. Her mother, Keohokalole, served as an adviser to King Kamehameha III.

As a tradition to Hawaiian royals and commoners alike, Liliuokalani along with her siblings was hanai or adopted to other families. She was adopted by Abner Pākī and his wife Laura Kōnia and was raised like their own together with their biological daughter Bernice Pauahi. Hanai was the Kanaka Maoli custom whereby a family informally adopts a child given by someone else and raises that child as a family member. 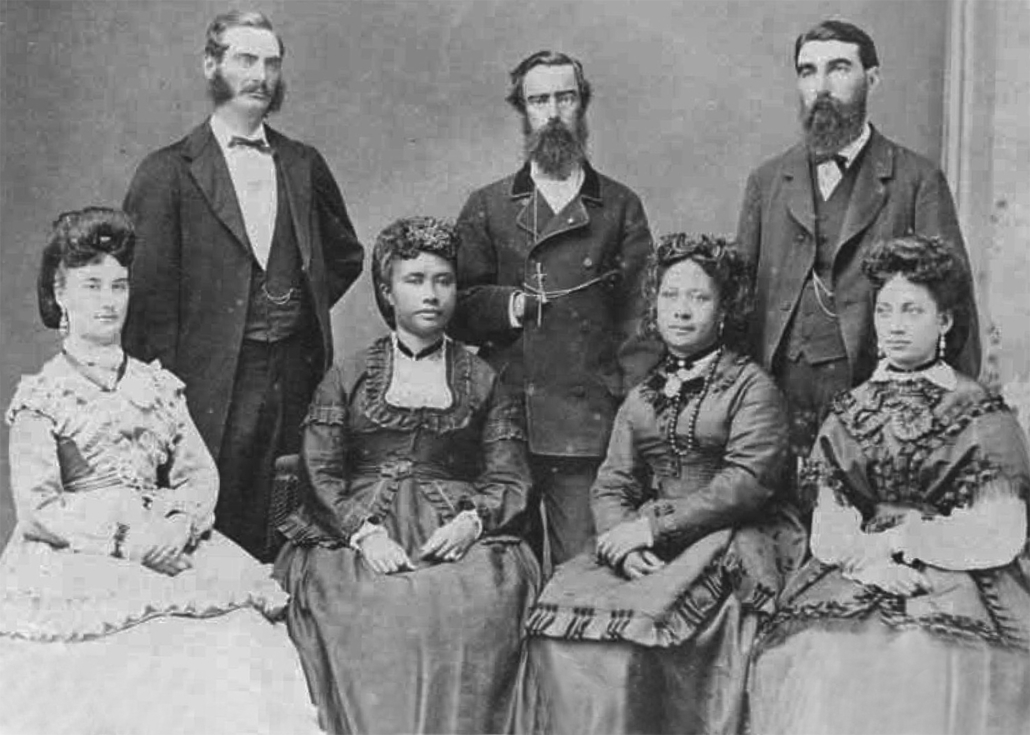 This custom of Hanai was practiced ensuring that the Hawaiian culture was passed on from generation to generation. In Liliuokalani’s biography, she describes that hanai “is not easy to explain… to those alien to our national life, but it seems perfectly natural to us. As intelligible a reason as can be given is that this alliance by adoption cemented the ties of friendship between the chiefs.” Basically, this practice is part of the Hawaiin expression of “Aloha” which not only means Hello or Goodbye, but it may mean love, affection, compassion, mercy, sympathy, pity, kindness, or grace.

A noble Queen, a proficient Author and master Songwriter

She started her education at the missionary-run Royal School by missionary Amos Starr Cooke at the age of four. The school was closed when she was ten because of an epidemic of measles that took thousands of lives and her three-year-old sister Ka‘imina‘auao, who was the hanai daughter of Kamehameha III and Queen Kalama.

She finished 3rd in her class on May 5, 1853. In her 20s, she convinced O’ahu College to accept her as a student even though the school was exclusive for boys. She informally attended O’ahu College and received instructions under Mills College Co-founder, Susan Tolman Mills in California. She quoted “Knowledge has been a passion with me during my whole life, one which has not lost its charm to the present day.” Aside from her interest in being educated she also loves to play the guitar, piano, organ, ukulele, and zither.

She also sang in alto, performing Hawaiian and English sacred and secular music. In her lifetime, she composed over 165 songs and chants. Her most famous work “Aloha ‘Oe” meaning Farewell to Thee, was about the two lovers bidding goodbye. Another famous song she wrote, which later became the most respected song of the Hawaiian Nation, titled “He Mele Lāhui Hawaiʻi” (The Song of the Hawaiian Nation). She wrote this at the request of King Kamehameha V in 1866. In Hawaiian history, this is the third of Hawaiʻi’s 4 national anthems.

When her hanai parents passed away, Liliʻuokalani came under the Bishop’s guardianship. During this time, she became a part of the young social elite under the reign of Kamehameha IV. Liliʻuokalani served as maid of honor to Queen Emma and King Kamehameha IV’s wedding and was also noted by some royal dignitaries as “The highest unmarried woman in the Kingdom”. She has been pursued by several gentlemen. She was shortly engaged to William Charles Lunilao in which she shared an interest in music composition, but she then broke the engagement due to the opposition of the Bishops and the urging of King Kamehameha IV.

Afterward, she became romantically involved and got married to an American-born statesman, John Owen Dominis, who later became the Governor of Oahu and Maui. She met Dominis during school days. They had been engaged for two years but had to delay their wedding due to the death of Prince Albert, the young son of King Kamehameha IV. It was also the King’s request to postpone the wedding.

After the wedding, the couple moved to Washington Palace in Honolulu where Dominise’s residence is. It was said to be an unhappy marriage with Dominis’ infidelities which bore him a son to one of Liliʻuokalani’s servants. Since the couple did not have any children, Liliʻuokalani adopted three hanai children including her husband’s son. Their union also suffered domestic conflict between Liliʻuokalani and Dominis’ mother who did not approve of his son’s marriage to a Hawaiian.

In 1881, she acted as regent during King Kalakaua’s world tour 1881 and helped raised funds to build “The Queens Hospital” and active in organizing Schools for Hawaiian youth. During this time she convinced the governmental board of health to set aside land for a leprosy hospital at Kakaʻako. Then in 1886, she founded a bank for women in Honolulu named Liliuokalani’s Savings Bank. In the same year, she also founded the Liliʻuokalani Educational Society which supported the tuition of Hawaiian girls at Kawaiahaʻo Seminary for Girls.

April 1887, Liliuokalani and her husband attended Queen Victoria’s jubilee as one of the delegates acting as the official envoy of the King. In London, Queen Kapiʻolani and Liliʻuokalani received an official audience with Queen Victoria at Buckingham Palace. Shortly after the Jubilee celebrations, they learned of the Bayonet Constitution that King Kalākaua had been forced to sign under the threat of death. They canceled their tour of Europe and returned to Hawaii.

Ascension to the throne

After the death of Kamehameha V in 1872 without an heir, an election for the next monarch was made and Lunalilo got a unanimous vote and became the first elected king of Hawaii. Two years after, he died without an heir. This led to another election between the dowager of Kamehameha IV, Queen Emma, and Liliʻuokalani’s brother, David Kalakaua which was won by the latter.

Kalakaua’s accession to the throne paved the way for his siblings to have royal titles, Princess Lydia Kamakaʻeha Dominis and Princess Miriam Likelike Cleghorn, as well as his brother William Pitt Leleiohoku which he named heir to the Hawaiian throne since he and Queen Kapiʻolani had no children of their own. Leleiohoku died without an heir in 1877, Princess Lydia was named heir apparent and was known by her royal name, Liliʻuokalani thereafter. Liliʻuokalani became the first woman to take the throne and rule over the Kingdom of Hawaii following the death of her brother King Kalakaua in 1891. She was also the last sovereign ruler of the Hawaiian Islands. 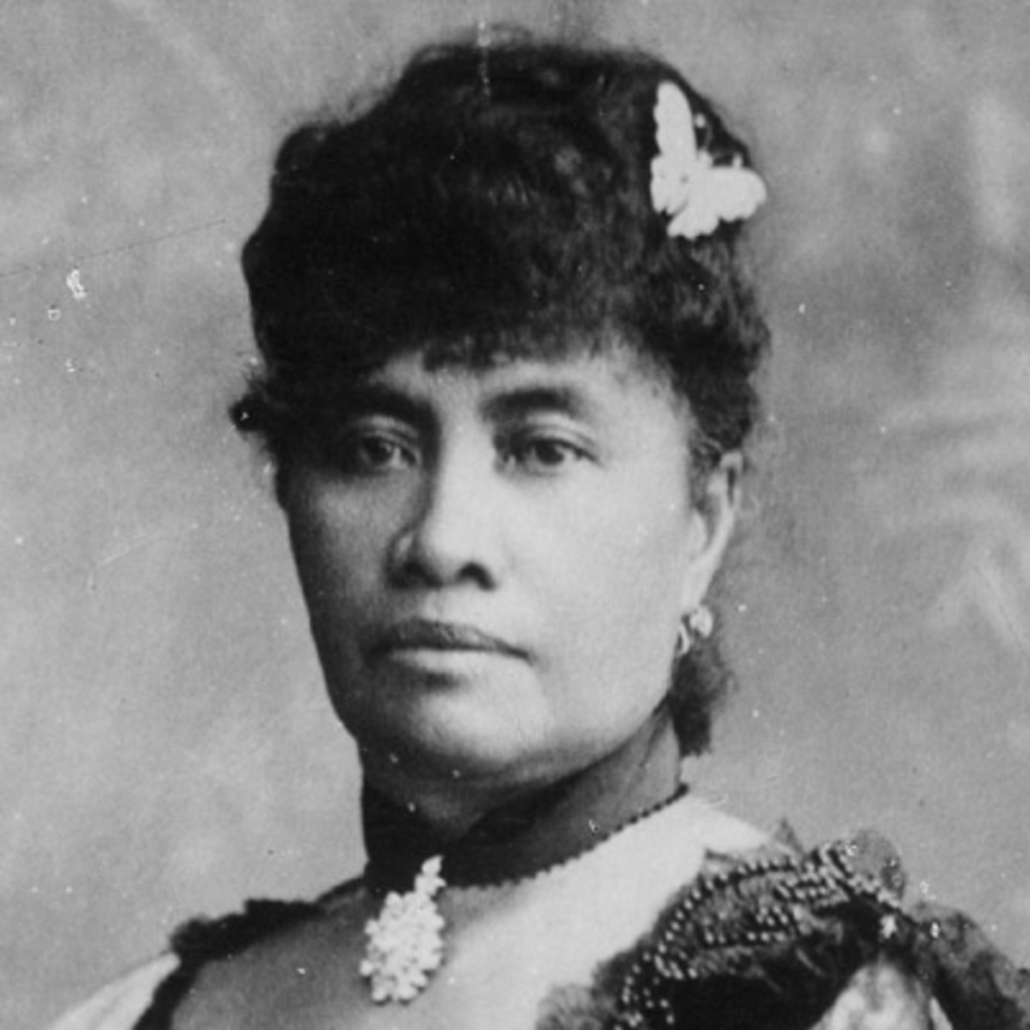 During her short-lived regime, Queen Liliʻuokalani attempted to promulgate a new constitution that would have restored the power to the monarchy and the voting rights of the Native Hawaiian people. She also opposed the renewal of the Reciprocity Treaty of 1887, which was signed by her brother, the late King Kalakaua. This move alienated her from Hawaii’s foreign businessmen, who, after her accession, tried to abrogate her authority. These actions led to the formation of the “Committee of Safety” who staged a coup with the help of U.S. Minister John Stevens conspired to overthrow the Queen.

Sanford Dole, a son of American Protestant missionaries, an opponent of the policies of King Kalakaua, and the leader of the reform movement that the Missionary Party led a committee representing the Hawaiian sugar businessmen and American allies overthrown Queen Liliuokalani. The Queen’s abdication in January 1893 and, declaring the queen deposed, announced the establishment of a provisional government. To avoid bloodshed, Liliuokalani surrendered, but she appealed to President Cleveland to reinstate her. President Cleveland ordered the queen restored, but Dole defied the order, claiming that Cleveland did not have the authority to interfere.

In 1895, royalist Robert Wilcox led an insurrection in the queen’s name. Unfortunately, he failed with his plan as he was suppressed by Dole’s group, and Liliuokalani was kept under house arrest on charges of treason. On January 24, 1895, to win pardons for her supporters who had been jailed following the revolt, she agreed to sign a formal abdication.

Liliuokalani established the “Onipa’a” (Stand Firm) movement which aims to fight annexation and whose belief was “Hawaii for the Hawaiians”, but she was fighting a losing battle since annexation finally occurred in July 1898. Liliuokalani spent her remaining days at her Washington Place estate as a regular citizen and was visited by both locals and tourists alike to pay their respects. She died on November 11, 1917 due to complications from a stroke at the age of 79 and her remains were placed at the Royal Mausoleum at Mauna ‘Ala. 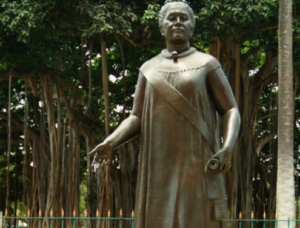 As part of her efforts to remain strong and leave a legacy to the future Hawaiian generation, the Queen published Hawaii’s Story by Hawaii’s Queen Liliuokalani in early 1898. She was working closely with the American journalist Julius Palmer on the manuscript. The book reflects her experiences and perspectives during her reign up to her imprisonment and Hawaii’s annexation. She quoted “Love of the country is deep-seated in the breast of every Hawaiian, whatever his station.” This classic work is the only autobiography written by a Hawaiian monarch. Through the years, Lili‘uokalani never wavered in her commitment to the people of Hawai‘i. In her will, she entrusted her estate to provide for orphan children of Hawaiian blood, amended later to include other destitute children.  Her legacy is perpetuated today through the Lili‘uokalani Trust. The Lili‘uokalani Trust has locations on each of the Hawaiian Islands, with the exception of the island of Ni‘ihau. 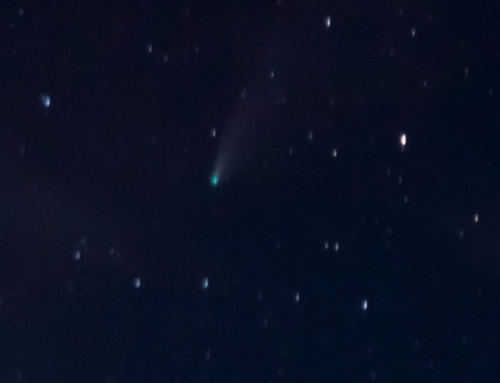 Lei Day and the Meaning of the Lei Gallery

Lei Day and the Meaning of the Lei 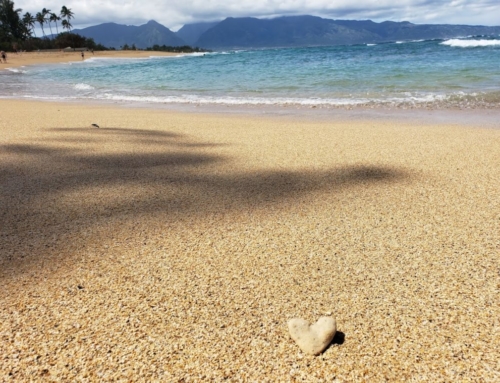 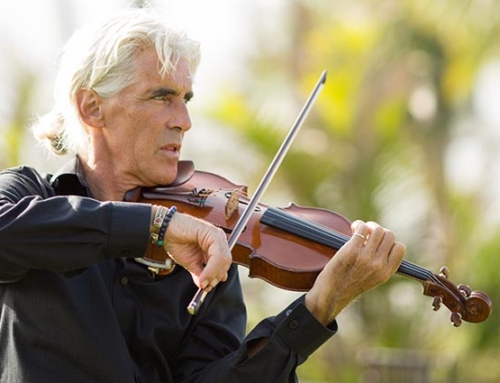 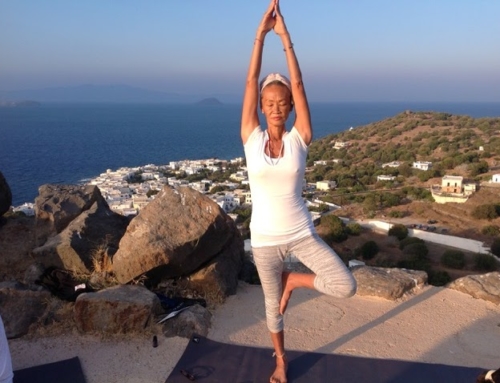 Bridge from Cancer to Cancer Survivorship